About the OHTN Cohort Study

What kind of data does the OCS collect?

Can OHTN Cohort Study data be linked with external databases?

What are the goals of the OHTN Cohort Study?

About the OHTN Cohort Study

Established in 1996, the Ontario HIV Treatment Network Cohort Study (OCS) is the largest community-governed HIV cohort in Ontario and is one of the largest cohort studies in North America. It represents a diverse group of Ontarians living with HIV including men and women of different ages, sexual orientations and ethnicities. For more than 20 years, the OCS has produced research evidence to support cutting-edge initiatives that have advanced HIV care and improved the quality of life of people living with HIV.

From 1995 to present, over 6,500 people living with HIV have been enrolled. Right now, approximately 3,700 are active participants at 13 HIV clinics across the province. People are eligible to participate in the OHTN Cohort Study if they have laboratory evidence of HIV infection and are patients at a participating clinic. Children under the age of 16 years and adults incapable of providing informed consent are ineligible.

What kind of data does the OCS collect?

The Ontario HIV Treatment Network will only collect, use and disclose anonymized participant information for the purpose of scholarly research that contributes to an improved understanding of HIV, that contributes to improved treatment for people living with HIV, and/or that helps people living with HIV get better access to care. “Scholarly research” is defined as research that aims at establishing fact, principles, or generalizable knowledge that are of social value and intended to be publicly disseminated. Scholarly research must be consistent with established ethical standards and principles.

Can OHTN Cohort Study data be linked with external databases?

One of the goals of the OHTN Cohort Study is to maintain a rich and comprehensive dataset by establishing and supporting linkages with other data sources including multi-cohort collaborations. OCS data can be linked with external databases and studies. There is an annual linkage with the Institute for Clinical and Evaluative Sciences (IC/ES), which includes health services utilization, mortality and other provincial databases. The OHTN will only authorize a linkage through the review and approval of a Research Project Proposal.

What are the goals of the OHTN Cohort Study?

The goals of the OHTN Cohort Study are: 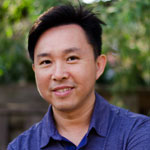 Dr. Li is a clinician at Regent’s Park Community Health Centre and lead of the Blue Door Clinic. His research work with marginalized communities has led to the creation of crucially needed programs, including the Compassionate Drug Program at Toronto People with AIDS Foundation, immigration legal services at the HIV/AIDS Legal Clinic (Ontario), service access training on HIV and immigration issues, and the Legacy PHA Mentorship Project